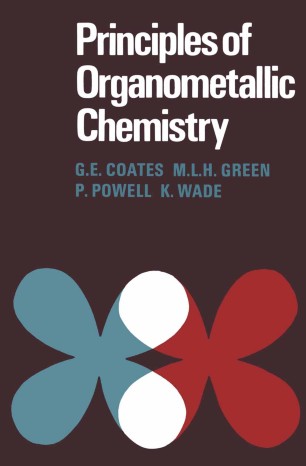 The second edition of Organometallic Compounds (1960) was used not only by specialists but also as an undergraduate textbook. The third edition, recently published in two volumes, is about three times the length of the second and contains considerably more factual material than is appropriate for a student textbook. Therefore we believe that a shorter treatment would be welcome. In planning this book the authors have emphasized matters more of prin­ ciple than of detail, and have included in the first two chapters some general discussion of the properties and syntheses of organometallic compounds that is not to be found in the larger work. Some aspects of the organic chemistry of arsenic, and of silicon with particular reference to silicone polymers, are also included. Most university teachers of chemistry are becoming seriously concerned about the relentless increase in the amount and complexity of the material that is squeezed into undergraduate chemistry courses. With this in mind the authors have tried to cut detail to a minimum, but readers will find that the relative amount presented varies considerably between the various topics discussed. In general the treatment is more extensive than usual only if either or both of these conditions are met: (1), the subject has significant bearing on other major branches of chemistry including im­ portant industrial processes; (2), the topic is commonly misunderstood or found to be confusing.