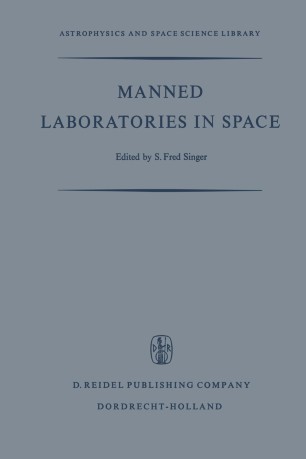 The publication of this book is extremely timely, for the next major advances in manned space flight after Project Apollo will most likely be made in earth orbital operations. Manned exploration of the moon will certainly continue after the initial landing, but it will be performed essentially with the Saturn V launch vehicles and Apollo spacecraft developed in Apollo, especially in the early phases. Modifications to this basic hardware will increase operating capabilities to permit extensive lunar explo­ ration during prolonged stay times by the astronauts on the moon's surface. Manned orbital space stations have been studied for years, and NASA is already well along in development of its first attempt to provide more spacious accommo­ dations for astronaut-scientists in its Saturn Workshop program. While the Workshop is certainly not the ultimate space station of which our technology is capable, it is a workable, poor man's approach to the immediate need for using and expanding our present manned space flight capability without a de­ trimentalloss of momentum. The approach of converting a Saturn rocket stage into a manned laboratory and observatory in space is an improvisation that matches the use of the jerry-built Jupiter C back in 1958 to launch Explorer I. Let's hope that it can get the job done just as effectively.