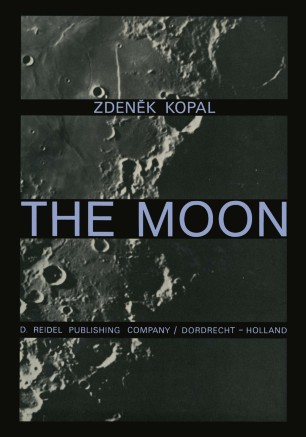 A favourable reception of the first edition of this book - due no doubt to the nature of its subject - which went out of print in 2 years, gave its author a welcome oppor­ tunity to update at present its contents. This was all the more necessary, as seldom in the annals of science has our knowledge of the physics and astronomy of the Moon made greater progress than during this time. The real heroes of this advance have, of course, been the spacecraft - 33 of which have now been sent out since 1959 to reconnoiter our satellite at a close range. The hard-landers among them just about delivered their message by the time when the first edition of this book went to the press; but it was the soft-landers and orbiters, which followed in their wake between 1966-67, that became really the principal contributors to lunar research. By now that it may be both timely and their programmes have likewise been completed; so opportune to take stock of the present state of our subject now - on the eve of the next stage of lunar exploration by manned landings on the surface of our satellit- which can be expected to take place in the very near future. * The aim of the second edition of this book will be to provide the requisite infor­ mation, brought up to date in an organized manner.