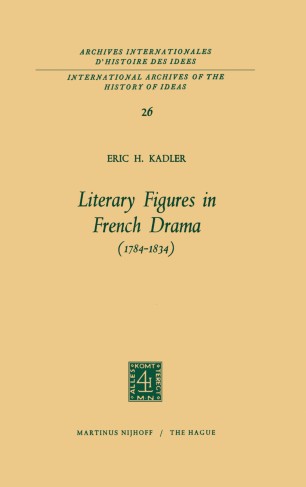 The general aim of this book is to present a study of a dramatic genre which was a significant facet of French drama in the period from 1784 to 1834 and has never before been singled out or analyzed. The striking feature of the plays of this genre is that the protagonists represent French literary figures. A casual examination of a collection of late eighteenth-and early nineteenth-century plays, many of which concern literary figures, led to the initial idea for this study. Conscientious cross-checking was sub­ sequently done in a number of reference works and contemporary newspapers to obtain complete coverage and to draw up a list of all the plays in which French literary figures appeared as characters. From the total number of such plays, 153 have been used as the primary source of information. They were found scattered either in different collections or as separate copies in various libraries. This source has been supplemented by use of theatrical journals and almanacs giving reviews of some of the plays which were not published.