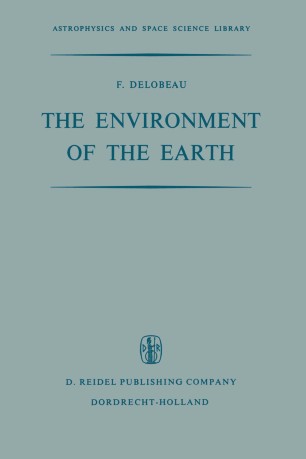 The Enviroment of the Earth

Among the many works devoted to our space environment, this serious and objective book by Mr. Delobeau should occupy a special place. It has become rare for works on such a subject to be written by competent physicists who are not specialists in the use of space vehicles. While performing research on the ionosphere, Mr. Delobeau was directly involved with the terrestrial environment long before it became common to explore it with sounding rockets and satellites. His professional obligations no longer require him to study aeronomy, only his regular collaboration with a great scientific journal inspires him to keep up to date on this subject. He is particularly motiva­ ted by a disinterested appreciation of the information which he hopes to share with his readers. It is a sign of the times that the results of space research should no longer be confined to the circle of space technicians. All of the new tools available to the service of science, for example:-particle accelerators, magnetic resonance, electron microscopy, lasers - have entered the general arsenal following a period of adaptation. Like them, the rocket is now a classical instrument, and gives information even to those for whom it holds no interest in itself. This book was quite up-to-date when the author submitted his manuscript. Despite the efforts of the editor, this will no longer be completely true when it appears in print. There is scarcely any branch of science that evolves more rapidly than space research.