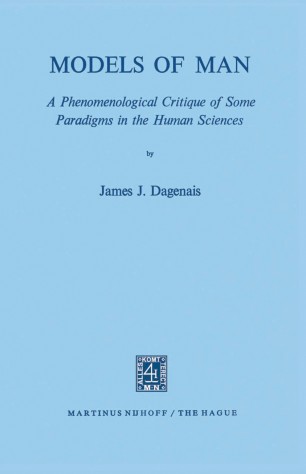 A Phenomenological Critique of Some Paradigms in the Human Sciences

This essay is, first, a theoretical and historical study of some classical scientific ways of studying human being in the world. The more readily accessible and more commonly discussed "models" of being human were chosen for review here, but structuralism is included because I believe it will have ,the same impact in America as it has had in France, and I hope that American readers might be forewarned about what may be ideologically at stake before the technical, and fruitful, aspects of the movement become an academic fad in the United States. The subjects included are mainline experimental psychology from Wundt to Skinner, with its relatively shortlived functionalist and Watsonian-behaviorist formulations; holistic psychology from Brentano through Stumpf, Husserl, and Goldstein to Maslow, Rogers, and contemporary "third force" psychology; and the psychoanalytic model, for which the only paradigm is Freud himself. Preeminence is given to psychological paradigms, since their subject matter lies closest to the classical philosophical tradition from which "philosophical anthropology" emerged. (This book is, in the final analysis, a prolegomenon to an articulated philosophical anthropo­ logy. ) Sociological models are also considered: the "classical" tradition from Comte to the present, and Marxist anthropology from the manu­ scripts of 1844 to the present. The structuralist model, from Durkheim to Chomsky, is also considered, since it cuts across and gives new dimensions to all the foregoing models. The essay is, second, a phenomenological critique of these historico­ theoretical considerations.