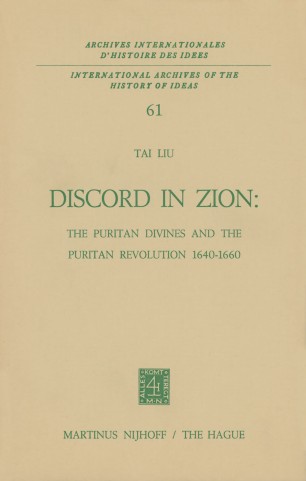 The Puritan Divines and the Puritan Revolution 1640–1660

With the decline of the Whig interpretation of history, historians in the past few decades have re-examined the origins and the nature of the English Revolution from various perspectives. The constitutional conflict 1 between the crown and parliament has been analyzed. The Puritan mind 2 has been explored. Social change in England during the century prior 3 to the outbreak of the Civil War has been anatomized. The composition 4 of the Long Parliament has been dissected. Every student of the English Revolution is now well aware that the crisis in seventeenth-century Eng­ land, like all other major events in history, was a complex phenomenon in which men as well as ideas, religious convictions as well as economic interests all came into play. For all students of this period, the works of Samuel R. Gardiner, am­ plified by Sir Charles H. Firth, remain the chief source of knowledge and 1 It should be noted that while former historians from Hallam and Macaulay to G. M. Trevelyan and J R. Tanner all interpreted the English Revolution in terms of the constitution, recent historical scholarship in this respect is more concerned with the evolution and functioning of the constitution rather than the constitutional rights and wrongs of either party in the conflict. See Wallace Notestein, The Winning of the Initiative by the House of Commons (London, 1924); Margaret A.