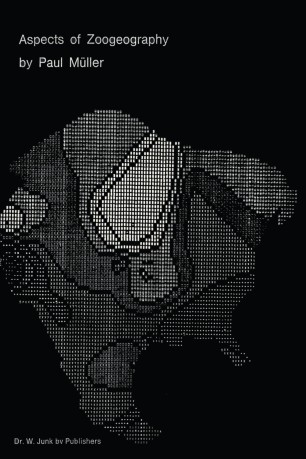 Zoogeography aims to explain the structure, function and history of the geo­ graphical ranges of animals. The absence or presence of a species in a given place has ecological as well as historical causes. It is therefore a mistake to suppose that reconstructing the phylogenetic connections of a taxon will by itself give a definite picture of how its range originated. A purely ecological interpretation of the range could be equally misleading if it did not take into account the population-genetic structure underlying the geographical range. Phylogenetic systematics, population genetics, autecology and synecology have all their own methods, none of which can be substituted for another, without which a range cannot be studied or interpreted. The present book covers only certain aspects of the wide field of zoogeo­ graphy. These are in the form in which they were crystallised in the course of innumerable discussions with my teachers, my colleagues at home and abroad and my fellow workers, postgraduates and students at Saarbriicken, as well as in the zoogeographical part of may basic lectures on biogeography for the year 1973-1974. The chief emphasis is laid on the genetic and ecological macro­ structure of the biosphere as an arena for range structures and range dynamics, on urban ecosystems, which have hitherto been grossly neglected, and on the most recent history of ranges (the dispersal centre concept). The marine and fresh-water biocycles, on the other hand, have been dealt only briefly.