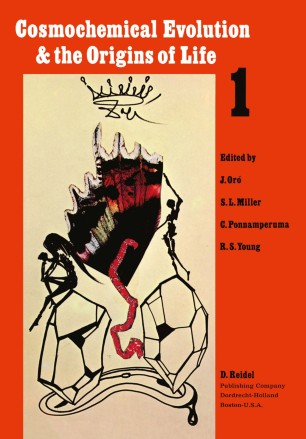 Cosmochemical Evolution and the Origins of Life

This publication, in two volumes, includes most of the scientific papers presented at the first meeting of the International Society for the Study of the Origin of Life (ISSOL), held on June 25-28, 1973 in Barcelona, Spain. The first volume contains the invited articles and the second volume the contributed papers, which also appear in the 1974 and 1975 issues, respectively, of the new journal Origins of Life, published by D. Reidel. A relatively large number of meetings on the subject of the origin of life have been held in different places since 1957. In terms of its organization, scope, and number and nationality of participants, the Conference celebrated last year in Barcelona closely followed the three international conferences held earlier in Moscow, U.S.S.R., 1957, Wakulla Springs, U.S.A., 1963, and Pont-a-Mousson, France, 1970. For this reason the first ISSOL meeting was also named the Ath International Conference on the Origin of Life.