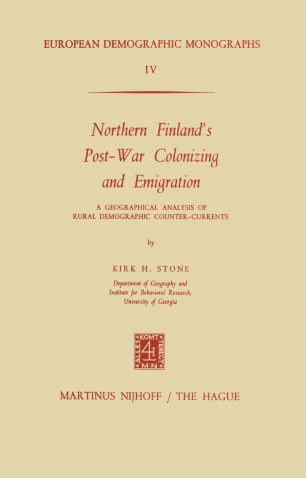 As the world's population increases, where will it live? Surely many will end up in cities for a recent United Nations' report anticipates that the globe's urban people will increase from 1. 33 billion in 1970 to 3. 09 billion in the year 2000. In the same period, however, the expectation is that rural population will increase from 2. 25 billion to 3. 02 billion. Of course the latter will be unevenly distributed; 91 per cent are likely to be in the less developed regions of the world while the rural folks of the more developed areas are expected to decline from 335 million to 255 million by 2000 A. D. No matter where, the major part of the increasing rural population probably will go to areas already thinly to densely settled. But not all. Even in parts of the more developed nations and for sure in many of the less developed countries one may expect significant numbers of people to move to what is now uninhabited land. Why? Because this is the nature of people and of nations. Research on the subject discloses that new rural settling is not a limited action that is restricted are ally or in time. Rather it is a natural and continuing process that evidences variety in a nation's desires; these may be expressed directly or indirectly by national governments through sponsored action or simply by permissiveness.