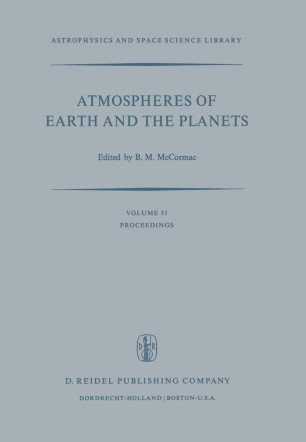 Atmospheres of Earth and the Planets

Proceedings of the Summer Advanced Study Institute, Held at the University of Liège, Belgium, July 29—August 9, 1974