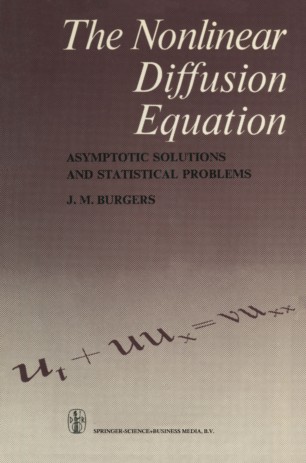 Since the 'Introduction' to the main text gives an account of the way in which the problems treated in the following pages originated, this 'Preface' may be limited to an acknowledgement of the support the work has received. It started during the pe­ riod when I was professor of aero- and hydrodynamics at the Technical University in Delft, Netherlands, and many discussions with colleagues ha ve in:fluenced its devel­ opment. Oftheir names I mention here only that ofH. A. Kramers. Papers No. 1-13 ofthe list given at the end ofthe text were written during that period. Severa! ofthese were attempts to explore ideas which later had to be abandoned, but gradually a line of thought emerged which promised more definite results. This line began to come to the foreground in pa per No. 3 (1939}, while a preliminary formulation ofthe results was given in paper No. 12 (1954}. At that time, however, there still was missing a practica! method for manipulating a certain distribution function of central interest. A six months stay at the Hydrodynamics Laboratories ofthe California Institute of Technology, Pasadena, California (1950-1951}, was supported by a Contract with the Department of the Air F orce, N o. AF 33(038}-17207. A course of lectures was given during this period, which were published in typescript under the title 'On Turbulent Fluid Motion', as Report No. E-34. 1, July 1951, of the Hydrodynamics Laboratory.