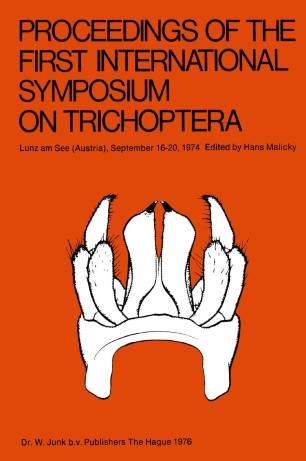 Proceedings of the First International Symposium on Trichoptera

In past years there have been several unsuccessful attempts to arrange a symposium on Trichoptera. Letters from fellow workers suggested that now might be an appropriate time, and that a symposium should be held in Lunz. Today it is clear that large congresses are losing their value because of the difficulty of attending all relevant lectures and of finding colleagues. In consequence, small symposia for specialist groups are becoming increasingly important. As I felt that the success of such a symposium must depend on the suggestions from its potential members, I sent out in April 1973, together with a first circular, a questionnaire, asking for opinions on time and length of the symposium, numbers of participants, types of communication, interests within Trichopterology, and lan­ guages which should be used. The majority of answers suggested the following: The number of participants should be between 20 and 50, and the duration, excluding excursions, should be three to five days; main interests were in ecology and systematics, but there were also interests in physiology, behaviour, zoogeography, morphology, cytotaxonomy and evolution. There was a clear preference for local excursions. Languages should be English, French and German, with a preference for English. The symposium should consist of both formal papers and informal progress reports, with adequate time for discussion. The arrangements have therefore been based on these results.