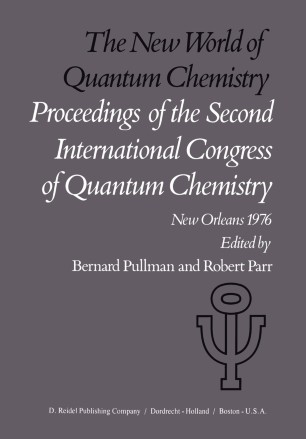 The New World of Quantum Chemistry

Bernard PULLMAN During a long period organic chemistry was one of the pre­ ferred field of exploration for many quantum chemists. It still remains of major interest for a number of them, but altogether it seems as if the center of gravity of the quantum molecular theories became displaced towards different horizons. The dis­ placement seems in fact to occur in two directions. On the one hand, we see a prominent development of very refined computations for relatively small and frequently inorganic molecular systems with the view of a better and better reproduction of their obser­ vable properties and thus a better understanding of the fundamen­ tal principles governing the electronic structure of molecules. On the other hand, there is a no less prominent development of frequently also no less refined computations towards the study of molecular systems which because of their dimensions or the com­ plexity of the questions which they raise go beyond the usual treatment of organic molecules. These later studies involve in particular the penetration of quantum-mechanical concepts and me­ thods into the realm of biochemistry, biophysics, and pharma~olo­ gy. It so happens that because of the nature of the problems in­ volved this penetration has taken up a double aspect.