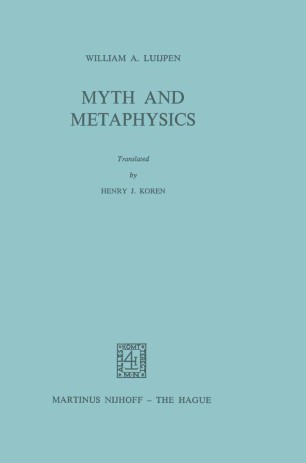 This book is an attempt to interpret man's religious existence, an inter­ pretation for which some of the groundwork was laid by the author's book PHENOMENOLOGY AND ATHEISM (Duquesne University Press, 2nd impression, 1965). That work explored the "denial" of God by the leading atheists and came to terms with the most typical forms assumed by their "denials". Nevertheless, I am not an adherent of atheism. The reason why it is possible to agree with many "atheists" without becoming one of them is that man can misunderstand his own religiousness or lapse into an inauthentic form of being a believer. What many "atheists" unmask is one or the other form of pseudo-religiousness which should be unmasked. On the other hand, I have also constantly refused to identify religiousness with such inauthentic forms and to define it in terms of those forms - just as I refuse to identify the appendix with appendicitis, the heart with an infarct, the psyche as a disturbance, and marriage as a fight. The book offered here has been written since the rise of the radical "God is dead" theology. This "theology" without God has often been presented as the only form of theological thought still suitable for "modern man". As the reader will notice, I reject the brash facility with which some "modern men" measure the relevance of "anything" by its "modernity".