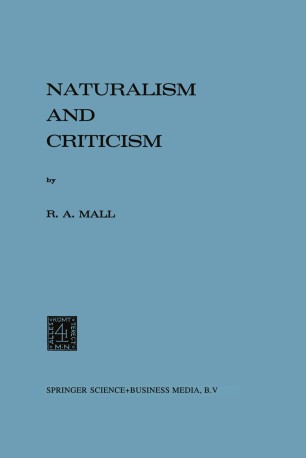 The present work is the product of several years study of the various aspects of Kanfs Critical Philosophy and Hume's naturalism. During that time many individuals have helped with this work and it is hardly possible to set down the names of aH of them. One name does des erve special mention - Prof. Dr. H. Heimsoeth with whom the author has discussed some of the very knotty problems of Kantian Philosophy. Although Hume has been - as Kant freely admits in the Preface to his "Prolegomena" - one of the most decisive influences and turning points in the philosophical development of Kant, the author does not thematize in this work the age-old problem of whether Kant reaHy read, understood and refuted Hume. That it has been, ever since Hume wrote, a favorite pursuit among philosophers to answer hirn, to refute hirn, and to refute Kanfs attempt at refutation of hirn, irrespective of its being convincing or not, must be mentioned with special respect.