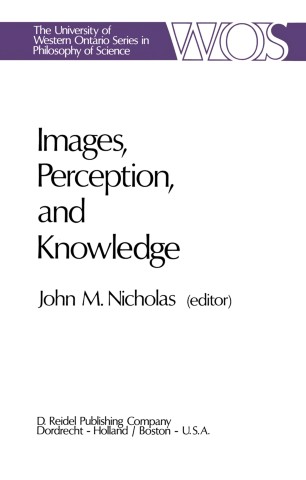 Papers Deriving from and Related to the Philosophy of Science Workshop at Ontario, Canada, May 1974

Part of the The University of Western Ontario Series in Philosophy of Science book series (WONS, volume 8)

Despite the strictures of the extreme Behaviourists, psychologists have been taking an increasing interest in the development of theories concerning the 'mechanisms' internal to humans and animals which permit perceptual, memory, and problem solving behaviour. One consideration which has enormously stimulated an interest in theories of internal cognitive represen­ tation has been progress in the theory and the technology of computing machines, which has opened the promising prospect of computer simulation of human and animal psychological functions. What has developed is the possibility of constructing models of human psychology, realizing them in computer hardware, and testing the resultant machine performance against that of the human subject. A second consideration which helps motivate the construction of models of internal representation is the considerable advances in experimental and theoretical knowledge of the human brain understood from the neuro-anatomical view. The likely profit of adopting a narrowly Behaviourist methodology shrinks in the face of our growing, fine-grained knowledge of cerebral 'wetware'. The purpose of this volume is selectively to exhibit some of the proposals concerning theories of internal representation which have been put forward in recent years. The area of central concern is the resurgence of interest in the role of imagery in cognition which has taken place in the last fifteen years.