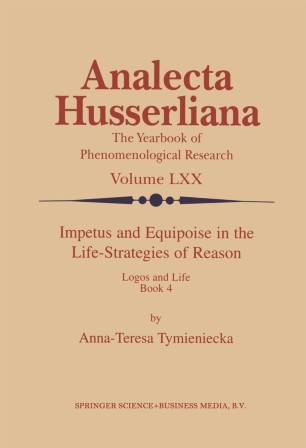 Impetus and Equipoise in the Life-Strategies of Reason

Employing her original concept of the ontopoiesis of life, the author uncovers the intrinsic law of the primogenital logos - that which operates in the working of the indivisible dyad of impetus and equipoise. This is the crucial, intrinsically motivated device of logoic constructivism. This key instrument is engaged - is at play - at every stage of the advance of life. In a feat unprecedented in the history of western philosophy, the emergence and unfolding of the entire orbit of the human universe is shown to bear out this insight. Furthermore, the intrinsic rhythms of impetus and equipoise are taken as a guide in uncovering the workings of the logos all at once, in contrast to the piecemeal exposition of a single line of argument.
In a schema covering the entire career of beingness-in-becoming between the infinities of origin and destiny, an historically unprecedented harmonizing all sectors of rationality is accomplished in a span of reflection comparable to Spinoza's Ethics.
The work draws on interdisciplinary investigations in both science and the arts. All of the history of Occidental philosophy finds summary in it, even as feelers, guidelines, leitmotifs are thrown out for its future development. A landmark of Occidental philosophy at the turn of the millennium.