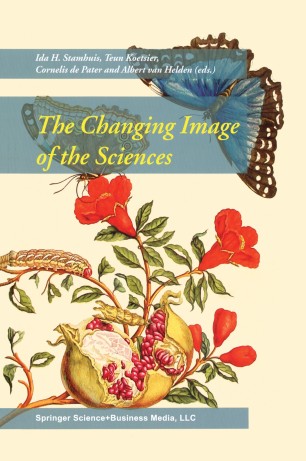 The Changing Image of the Sciences

The title of our book would lead the reader to believe that in speaking ofthe chang­ ing image of the sciences, we are taking for granted the multiplicity of sciences, as these are practiced, for instance, in modern universities. That was, of course, not always the case. Although we can point to some subjects, for instance mathematical astronomy, as being demarcated to some extent from other subjects as far back as Antiquity, the current division into individual sciences can hardly be traced back fur­ ther than the nineteenth century. Moreover,the further we go back inhistory, the more we must subsume science under general knowledge or scholarship:scientia. Some of the earliest imagesofepisteme or scientia, are those of forbidden knowledge - often related to technology - on the one hand, and the absent-minded scholar on the other. These are powerful metaphors - in word as well as image - that have been appro­ priated in various ages for different purposes. The Greeks gave Western society its first images ofthe power ofknowledge and those who produced it. Prometheus ridiculed the gods, stole their fire, and brought it down to Earth. For this, Zeus had him chained to a rock on Mount Caucasus, where a vulture fed on his liver during the day, while it grew back at night. He was finally freed by Herac1es.