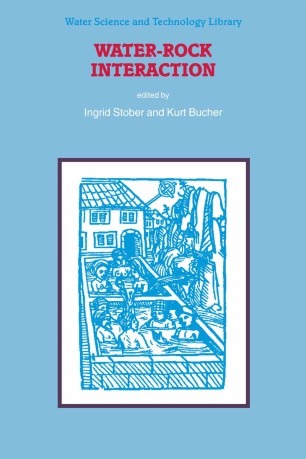 The chemical interaction of water and rock is one of the most fascinating an d multifaceted process in geology. The composition of surface water and groundwater is largely controlled by the reaction of water with rocks and minerals. At elevated temperature, hydrothermal features, hydrothermal 0 re deposits and geothermal fields are associated with chemical effects of water-rock interaction. Surface outcrops of rocks from deeper levels in the crust, including exposures of lower crustal and mantle rocks, often display structures that formed by interaction of the rocks with a supercritical aqueous fluid at very high pT­ conditions. Understanding water-rock interaction is also of great importance to applied geology and geochemistry, particularly in areas such as geothermal energy, nuclear waste repositories and applied hydrogeology. The extremely wide-ranging research efforts on the universal water-rock interaction process is reflected in the wide diversity of themes presented at the regular International Symposia on Water-Rock Interaction (WRI). Because of the large and widespread interest in water-rock interaction, the European Union of Geosciences organized a special symposium on "water-rock interaction" at EUGI0, the biannual meeting in Strasbourg 1999 convened by the editors of this volume. In contrast to the regular WRI symposia addressed to the specialists, the EUG 10 "water-rock interaction" symposium brought the subject to a general platform This very successful symposium showed the way to the future of water-rock reaction research.