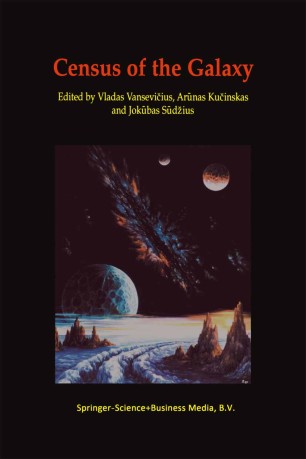 Census of the Galaxy: Challenges for Photometry and Spectrometry with GAIA

Proceedings of the Workshop held in Vilnius, Lithuania 2–6 July 2001

Astrometry from space was performed for the first time and with great success by the ESA Hipparcos satellite (1989-93). This mission was designed as an as­ trometry mission, but the use of a photon counting detector made it possible to produce very important photometric results: the most accurate astronomical pho­ tometry ever by the main Hipparcos mission in a very broad band of 120000 stars, and the two-colour Tycho-2 photometry of 2.5 million stars. The cornerstone ESA mission GAIA was approved in October 2000 for launch not later than 2012. This mission will use CCDs in time-delayed integration mode instead of the photo-cathode detectors used in Hipparcos. Due to the higher quantum efficiency of the CCDs, simultaneous integration of many stars, and larger tele­ scope apertures GAIA will utilize the star light a million times more efficiently than Hipparcos, resulting in astrometry and multi-colour photometry for one billion stars. GAIA photometry is crucial for the scientific utilization of the astrometric results, and the photometric data have a high scientific content in themselves.