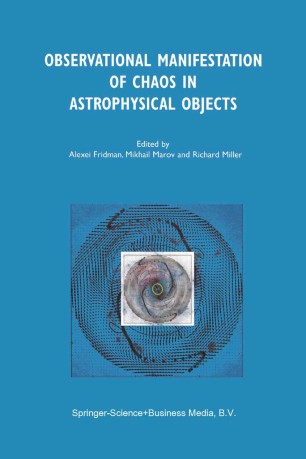 On August 2000 in the Lomonosov Moscow State University the first scientific conference dedicated to chaos in the real astronomical systems was held. The most prominent astrophysisists - specialist in the field of stochastic dynamics - attended the conference. A broad scope of the problems related to the observed manifes­ tations of chaotic motions in galactic and stellar objects, with the involvement of basic theory and numerical modeling, were addressed. The idea (not so obvious, as we believe, to many astrophysicists) was to show that, while great progress in the field of stochastic mechanics was accomplished, the science of chaos in actually observed systems is only just being born. Basically, the situation described prompted the organizers to hold the meeting in order to discuss chaotic processes in real systems. It seemed worthwhile to begin these introductory remarks with a brief descrip­ tion of some events that preceeded the conference. Since actually existing systems are the subject of the natural sciences, and in the latter experiments play the key role, we shall begin our account with the experimental results.