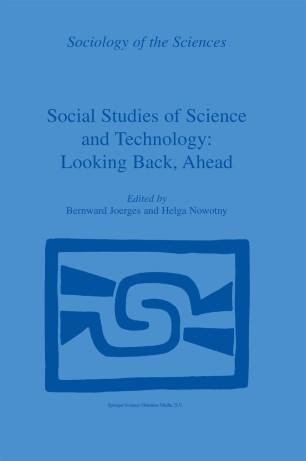 Social Studies of Science and Technology: Looking Back, Ahead

Part of the Sociology of the Sciences book series (SOSC, volume 23)

BERNW ARD JOERGES AND HELGA NOWOTNY YET ANOTHER TURN The thing that doesn't fit is the thing that's most interesting. Richard Fcynman This volume was originally conceived as a contribution to yet another 'tum', not cap­ tured by one of the many adjectives that have served to describe the collective meander­ ing of the scholarly community in search of direction, It was meant to mark the millen­ nial turn, a seemingly purely chronological event, but one in search for great meanings and invested with loaded significances. The editors wanted to seize the opportunity of the moment in order to pause and reflect on the sociology and history of social studies of science and technology. The moment came and went and the new millennium, barely nine months later, thrust its historical marker upon the world through a horrendous and cruel shock in an unforeseen and unforeseeable way. Since then, the world appears more vulnerable and volatile, fragmented and fraught with uncertainty. The universal values as bequeathed by the Enlightenment are either refused or appear refuted. The dream of a universal civilization which has accompanied the unfolding of the existing multiple modernities in their historically unique trajectories, has been discarded and its promises in tatters.