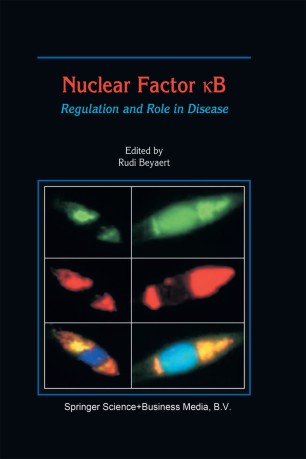 Regulation and Role in Disease

Seventeen years after its initial description, nuclear factor-KB (NF-KB) endures as one of the most studied transcription factors. NF-KB has attracted widespread interest based on the variety of stimuli that activate it, the diverse genes and bio­ logical responses that it controls, the striking evolutionary conservation of struc­ ture and function among species, and its involvement in a variety of human diseases. The biochemical basis by which several stimuli converge to activate NF-KB has been largely elucidated during recent years. While first discovered as a key regulatory factor of the immune system, NF-KB is now recognized as an important player in the functioning of many organs and cell types. The ongoing examination of NF-KB signaling has revealed its ever expanding role in immune and inflammatory responses, but also in cancer and development. For this reason, numerous efforts are underway to develop safe inhibitors of NF-KB to be used in the treatment of both chronic and acute disease situations. The present book is the first to review and synthesize our knowledge of this interesting transcription factor. As such, the choice of subjects to review was daunting. To set the stage, an introductory chapter on activators and target genes, as well as the role they play in several responses, has been included.