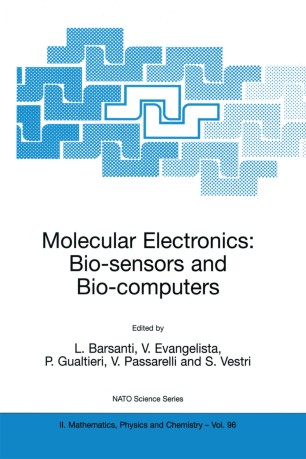 How fast and powerful can computers become? Will it be possible someday to create artificial brains that have intellectual capabilities comparable to those of human beings? The answers to these questions depend to a very great extent on a single factor: how small and dense we can make computer circuits. Very recently, scientists have achieved revolutionary advances that may very well radically change the future of computing.

There are significant advantages to using biological molecules in a new computational paradigm, since nature has solved similar problems to those encountered in harnessing organic molecules to perform data manipulation. Biomolecules could be used as photonic devices in holography, as spatial light modulators, in neural network optical computing, as nonlinear optical devices, and as optical memories. Such computers may use a billion times less energy than electronic computers, while storing data in a trillionth of the space, while also being highly parallel. Research projects implemented by national and international groups have produced a large amount of data from multidisciplinary work, ranging from physics and engineering to chemistry and biology.