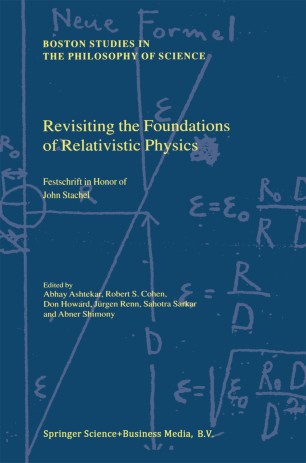 Revisiting the Foundations of Relativistic Physics

Festschrift in Honor of John Stachel

2) the globalization of capital has far outstripped the ability of current labor movements, organized at best on a national level, to conduct an effective defense of the interests of labor within capitalism, let alone to seriously challenge the cap­ italist system. To develop some form-or forms--of international organization of labor, long an ideological challenge ("Workers of the World Unite") has now become an urgent matter of survival for the labor movements of the world. Here is a challenge, on which I think broad agreement is possible: Even those who think capitalism is capable of indefinite survival must agree that it has functioned best in the past-for example, during the long period of post-World War II expansion­ when the power of capital has been effectively limited by the countervailing power of labor. Effective exercise of that power has always depended on overcoming the seg­ mentation of labor due to such factors as locality, race, gender, occupation, etc. , which stilIremain important. Above, I have singled out the two factors that today seem key to me: the split between mental and manual labor, and segmentation by nationality. Let all concerned about the current state of capitalism work to build up the countervailing power of labor, and let time show whether this results in nothing more than the better functioning of capitalism, or whether a new challenge to the system ultimately emerges.