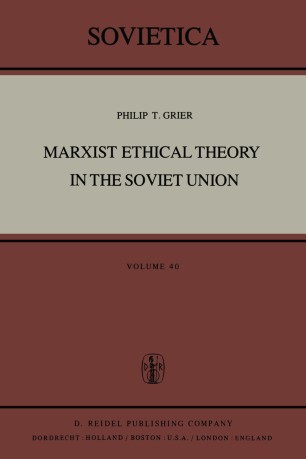 A survey of the intellectual history of Marxism through its several phases and various national adaptations suggests, for any of at least three reasons, that the attempt to provide a widely acceptable summary of 'Marxist ethics' must be an enterprise with little prospect of success. First, a number of prominent Marxists have insisted that Marxism can have no ethics because its status as a science precludes bias toward, or the assumption of, any particular ethical standpoint. On this view it would be no more reasonable to expect an ethics of Marxism than of any other form of social science. Second, basing themselves on the opposite assumption, an equally prominent assortment of Marxist intellectuals have lamented the absence of a coherently developed Maryist ethics as a deficiency which must be remedied. ! Third, less com­ monly, Marxism is sometimes alleged to possess no developed ethical theory because it is exclusively committed to advocacy of class egoism on behalf 2 of the proletariat, and is thus rooted in a prudential, not a moral standpoint. The advocacy of proletarian class egoism - or 'revolutionary morality- may, strictly speaking, constitute an ethical standpoint, but it might be regarded as a peculiar waste of time for a convinced and consistent class egoist to develop precise formulations of his ethical views for the sake of convincing an abstract audience of classless and impartial rational observers which does not happen to exist at present.