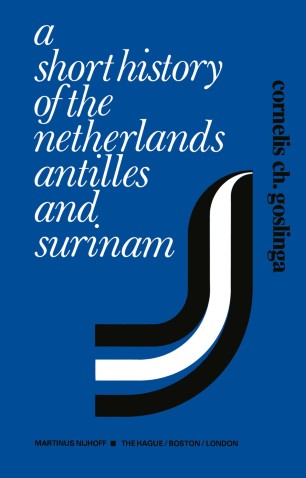 A Short History of the Netherlands Antilles and Surinam

To English-speaking historians, the author of this book, a Dutchman who for many years now finds his base at the University of Florida, became well known when his The Dutch in the Caribbean and on the Wild Coast, 158~I680 was published in 1972. At that time Professor Goslinga, who prior to his academic career in the United States, lived for an extended period in Cura~ao, Netherlands Antilles, had already acquired a solid reputation among Dutch Caribbeanists by his manifold publications on social, political and maritime aspects of Dutch West Indian history. By his training, interests and present position, Dr. Goslinga would seem to me to be singularly well-equipped to write a comprehensive history - geared to an English-speaking university public - of what was once known as the Netherlands West Indies. The present book is the product of this professional equipment and of his long teaching experience. It should go a long way in filling the old and wide gap in historical information on this part of the former Dutch empire, and I hope an equally wide but younger audience will appreciate it.