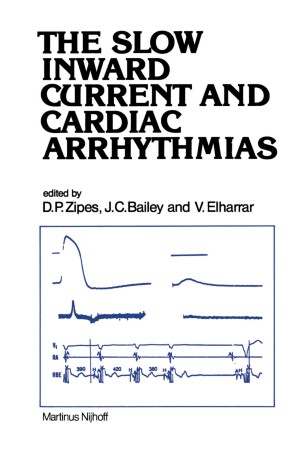 Since Paul Cranefield published his monograph, The Conduction of the Cardiac Impulse, in 1975, much has been learned about the role of the slow inward current in cardiac electrophysiology. Because of this expanse in know­ ledge, both basic and clinical, it appeared reasonable to review in a mono­ graph once again what was known. When Martinus Nijhoff first approached us to undertake the task of updating this information, we were initially reluctant for several reasons. First, we did not feel that the subject could be adequately and thoroughly reviewed, from the cell to the bedside, by a single person. Second, time constraints on all of us precluded even attempting such a task. However, we were encouraged by several of our friends (' egged on' one might even say, since they wished the job done but did not want to do it themselves!) who promised faithfully to contribute chapters on time if we accepted the task. So we did, and most of them did also.