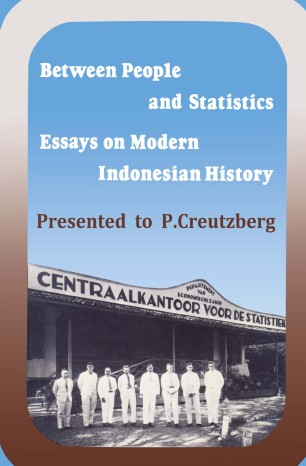 Between People and Statistics

Perhaps Piet Creutzberg is and essentially always has been an artisan and an admirer of the best in craftmanship. The emphasis on the practical side of things seems to pervade whatever he undertook during half a century. Anyway, it is as a trader of the historical craft - wielding a Chinese abacus or an electronic computing devic- that, from about 1965 onwards, an increasing number of younger students of Indonesian social, economic and political history have met him in the depot of the 20th century colonial archives in The Hague or at the Royal Tropical Institute in Amsterdam. Of the scores of Dutch, Indonesian, British, Scandinavian, German, American, Australian and Japanese historians he inspired and advised some were writing a master's thesis, others had already made part of their academic career in Indonesian history or related topics, but most of them were in the critical phases of collecting published or archival materials with a view to their incorporation in doctoral dissertations.