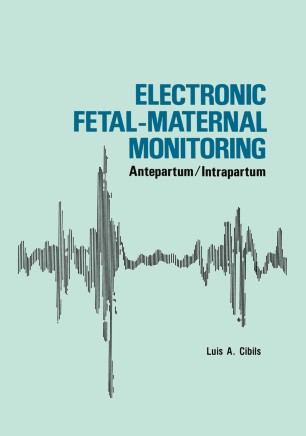 It seems only yesterday that the fetus in utero accurately parameters of uterine activity, and they and the uterine environment were almost complete­ taught a systematic approach to the clinician's understanding of uterine physiology. Their work ly shrouded in mystery. The gender of the child was spread extremely rapidly' beyond the boundaries principally a matter of sheer speculation. Its size of their native Uruguay. The last 30 years have was estimated by abdominal palpation with notori­ seen a quantum leap in our understanding of fetal ous lack of accuracy. The growth pattern of the and uterine physiology. Nearly all of the old ques­ fetus was not a subject for serious study inasmuch tions-diagnostic, therapeutic, and prognostic­ as antenatal care and observations were not being systematically made. A question of whether the have been at least partly answered. The body of fetus had a severe malformation was dealt with as a new knowledge is now housed largely within the matter of fear rather than a subject to be seriously subspecialty of Maternal and Fetal Medicine. evaluated. The condition of the fetus in utero at a The author of this book arrived on the scene given time and the question of whether the fetus just after the critical mid-century turning point. would tolerate labor had not seriously been He was fortunate to come under the influence of Professor Raoul Palmer in France, to work in brought forward.