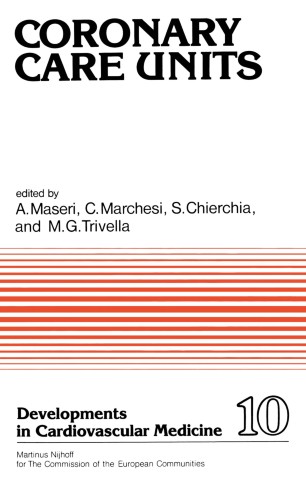 Proceedings of a European Seminar held in Pisa, Italy

The dimensions of the socio-economic problem represented by ischemic heart disease require a concentration of effort for its treatment and prevention at least comparable to that in program for neoplastic disease. It appeared a logical conclusion of the work of the CMSI ad hoc group to organize a seminar on Perspectives of Coronary Care. Similar actions obviously are better undertaken at a supranational level because of: the dimension of the problem, the absence of expertises on all the different aspects in individual countries and the difference in patient population and in the phylosophy guiding the approach to coronary patients in different countries. The review of the recent literature and the results of the survey report on hemodynamic monitoring in coronary care units in the member countries (document for the CMSI 1979 - Pisa) indicate that this field is in the process of rapid transience because of accumulating information which appears to modify sUbstantially tradi tional concepts concerning patient management and prevention. While advanced technologies may potentially play a major role not only in diagnostic and therapeutic procedures but also in our understanding of disease processes, thus opening new lines for treatment and prevention, optimization of resources is a basic prerequisi te in the attempt of containing the budget for medical care. Hence we aimed to identify the technologies of immediate benefi t for extensive routine appl ications from those that should still be considered in the domain of research and development.