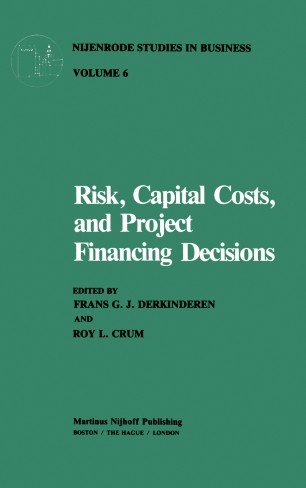 The ending of the decade of the seventies and the dawning of the eighties can be characterized as a period of great uncertainty with prospects for economic­ political instability. High inflation and fluctuating exchange rates in the de­ veloped Western world have served to strengthen the forces of disequilibrium in the fmancial markets, leading to an investment situation with several unusual but significant factors. Capital spending by business, leading to the creation of new jobs, has not been reduced substantially during this period of uncertainty, as happened in similar periods in the past. This is shown in part by the continuing low unemployment rates in evidence during the period, which are in contradic­ tion to the trend exhibited in similar past periods. The expanding financing re­ quirements resulting from high price inflation have led to an increase in the capital intensity of firms, and thus to enhanced sensitivity of their income streams to economic fluctuations. At the same time, the record high interest rates that companies have had to pay to acquire this inflated amount of capital have caused a deterioration in the safety or quality indica tors by which the creditworthiness of the firms is judged. These developments tend to increase vii viii INTRODUCTION the stakes involved in business decision making. One important repercussion of this is that greater attention is now being focused on improving the quality of investment decisions.