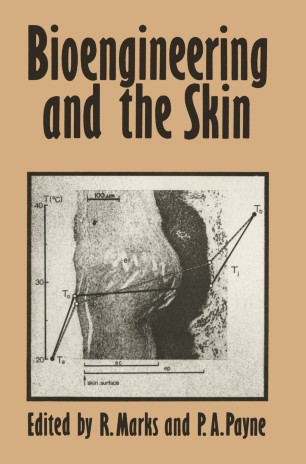 Bioengineering and the Skin

Based on the Proceedings of the European Society for Dermatological Research Symposium, held at the Welsh National School of Medicine, Cardiff, 19–21 July 1979

R. MARKS Biology has become a 'numbers game'. The advantages of being able to grade changes in tissue, submit results to statistical analysis and accurately record biological phenomena make measurement essential. This is as true for the various disciplines in applied biology as it is for the more esoteric aspects ofthe subject. Regrettably, sk in biologists until recently had not seized the opportunities that the availability of their tissue of interest afforded and fell behind in the exploration of measurement techniques. Probably this resulted in part from the mistaken sentiment that 'to see is to know'. It also originated from the complexity ofthe skin which. as a closely interwoven mixture oftissue types. makes assessments technically difficult. However, we are optimistic about the future. The International Society for Bioengineering and the Skin was formed in Cardiff in ] uly 1979 in response to the wishes of the delegates who had attended the first International Symposium on the subject in Miami in 1976 and the second in Cardiff 3 years later. This volume is the proceedings of the Cardiff meeting. We believe that it demonstrates the brave efforts and variety of new ideas that characterise the studies of scientists who realise the importance of blending the phYSICal sciences with skin biology.