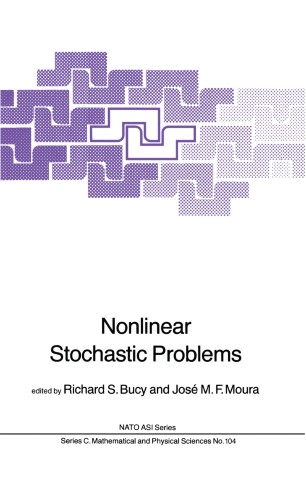 This volume corresponds to the invited lectures and advanced research papers presented at the NATD Advanced Study Institute on Nonlinear Stochastic Problems with emphasis on Identification, Signal Processing, Control and Nonlinear Filtering held in Algarve (Portugal), on May 1982. The book is a blend of theoretical issues, algorithmic implementation aspects, and application examples. In many areas of science and engineering, there are problems which are intrinsically nonlinear 3nd stochastic in nature. Clear examples arise in identification and mOdeling, signal processing, nonlinear filtering, stochastic and adaptive conLrol. The meeting was organized because it was felt that there is a need for discussion of the methods and philosophy underlying these different areas, and in order to communicate those approaches that have proven to be effective. As the computational technology progresses, more general approaches to a number of problems which have been treated previously by linearization and perturbation methods become feasible and rewarding.