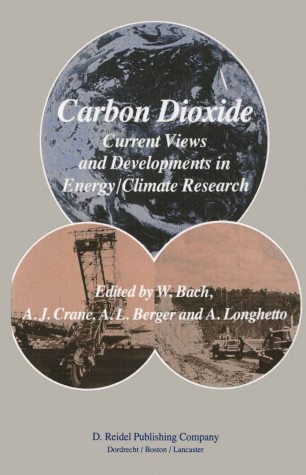 The International School of Climatology of the "Ettore Majo­ rana Centre for Scientific Culture" at Erice was founded in 1979, with the aim of organising advanced courses and highly specialized seminars on current problems in the field of climatology. The first course, in March 1980, was devoted to climatic varia­ tions and variability, the understanding of which lies at the roots of modern climatological research. The publicity given to recent extremes of climate, which have had serious consequences for local populations, has led to an increased awareness of the practical importance of researching the causes and nature of climatic changes on all temporal and spatial scales. In recent decades it has become apparent that man himself is capable, mostly through industrial and agricultural activities, of causing climatic perturbations on both the local and global scales. Although these influences are as yet difficult to detect, it is clear that increasing release of C02 through the expanding use of fossil fuels for energy production is one activity that could lead to significant climatic change. Indeed, by this means, energy use has the potential of being the major influence on climate over the next century, so the choice of this aspect of climate-ener­ gy interactions as the topic of the Second Course of the Interna­ tional School of Climatology was an obvious one. It took place from 16 - 26 July, 1982.