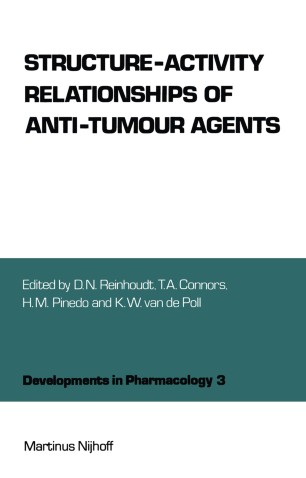 Part of the Developments in Pharmacology book series (DIPH, volume 3)

The Workshop series of the "Koningin Wilhelmina Fonds" is a feature of the interest of this Foundation to promote research and education in the field of cancer, aiming to improve prognosis of the cancer patient. For almost a century, surgery has now been the main treatment modality for the cancer patient. During the past 50 years radiation therapy has developed as a second important modality of treatment. However, neither of the two modalities are able to cure the majority of cancer patients, as the disease is so often metastasized at presentation. Cancer chemotherapy is a modality which does have the potential to cure patients with this advanced stage of disease. In recent years the three modalities have been combined more and more, and here is one of the reasons why the prospectives for the cancer patient have improved so much. In addition, certain types of cancers, such as testicular car­ cinoma, childhood tumors, choriocarcinoma, non Hodgkin lymphomas and others, can now indeed often be cured by chemotherapy alone, even if the disease is advanced. The combination of drugs and the use of new drugs have greatly contributed to this development. There are two main groups of new drugs: analogs and new structures. A great number of analogs of conventional structures have been developed during the past ten years. A typical example of this group is adriamycin, which is an analog of dau­ nomycin.