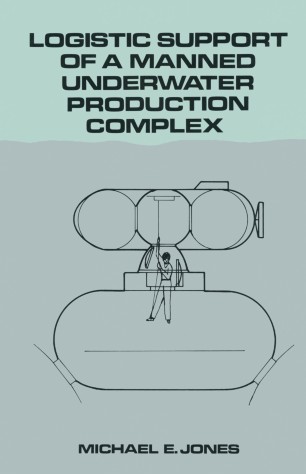 The support of subsea oil and gas production operations involves the use of many underwater work systems. Divers can be used for support tasks in water depths to 300 m, but at more extreme depths operations become restrictively expensive and the efficiency of task performance is reduced. Remote controlled unmanned vehicles can replace the diver to a limited extent, performing inspection and maintenance tasks and supporting drilling opera­ tions. Operations in deepwaters performed by remote controlled vehicles and one man submersible vehicles, such as JIM and WASP, are more cost effective than the use of divers. The areas of operation of the more complex multi-manned submersibles and bells are today generally restricted to their use for diver lock-out operations, manned intervention to subsea enclosures and the deployment of other underwater work systems. Oil and gas exploration activity is being undertaken in progres­ sively deeper waters. In the North Sea, Shell have discovered a large gas accumulation off the Norwegian coast in 323 m water depth and B. P. have made oil finds West of the Shetlands in 500 m and West of Eire in 450 m. Exploration drilling is today being carried out in many areas of the world in water depths greater than 1000 m, i. e. Western Mediterranean, Offshore Argentina, Offshore Western Australia and in the Niger Basin, West Africa. The existing discoveries of Shell and B. P.