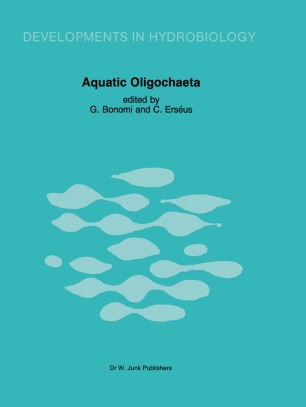 Part of the Developments in Hydrobiology book series (DIHY, volume 24)

At the First International Symposium on Aquatic Oligochaete Biology in Sidney, B. C. , the suggestion was made to hold the second in Pallanza, on Lake Maggiore, at the C. N. R. -Istituto Italiano di Idrobiologia. At the same time it was decided that there should be a symposium every third year. The organization of the symposium was made considerably easier by the Senior Editor's having been in personal contact with several Russian colleagues (courtesy of a kind invitation from the U. S. S. R. Academy of Sciences), the 'Hamburg Group' and the Junior Editor. Correspondence with various students of Oligochaeta also furnished many useful suggestions. The Second International Symposium on Aquatic Oligochaete Biology was therefore held in Pallanza in late September 1982 and was attended by 53 scientists from 16 countries in Europe, North America, Asia and Australia. No review papers were formally invited as this had already been done at the first symposium: all the papers were accordingly allotted the same time for oral presentation. These proceedings contain all papers Hrabe and Slepukhina, which were given in absentia, as it presented at the symposium, including those by was impossible for the authors to join the group. The main topics were taxonomy and evolution of Oligo chaeta, life-cyle and population studies, the role of Oligo chaeta in assessing water pollution, physiolog­ ical studies, community and distribution studies. Special taxonomic workshops took place in the evenings.