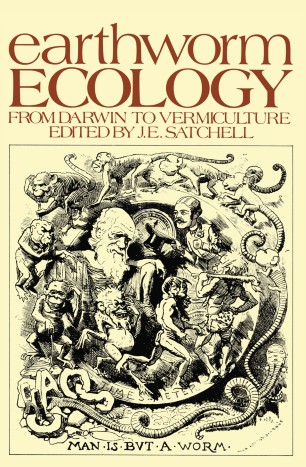 From Darwin to Vermiculture

'Darwin cleared: official' This 1982 Times (7 January) head­ line of a first leader, reporting the astonishing case brought in Arkansas against compulsory teaching of a biblical account of creation, hopefully set at rest doubts about Darwin in the minds of a public confused by media presentations of such unfamiliar concepts as punctuated equilibria, cladism and phenetics. Mud sticks, but Darwin's perturbed ghost may have found some consolation in the concurrent celebrations at Grange-over-Sands, a modest township in Cumbria, UK, of the centenary of the publication of his less controversial book The Formation of Vegetable Mould through the Action of Worms. In the form of a symposium on earthworm ecology, this attracted some 150 participants, predominantly adrenalin-charged research workers in the full heat of peer-group interaction. This book comprises a selection of the more ecologically oriented papers contributed to the symposium, brutally edited in the interests of brevity and thematic continuity. The book opens with an appraisal of Darwin's earthworm work in its historical and philosophical context and relates his views on 'vegetable mould' to current concepts of humus formation. Thereafter, quotations from Darwin made out of piety have been rigorously excluded. Subsequent sections each comprise a review chapter and two or three 'case studies' presenting new data on a related topic.