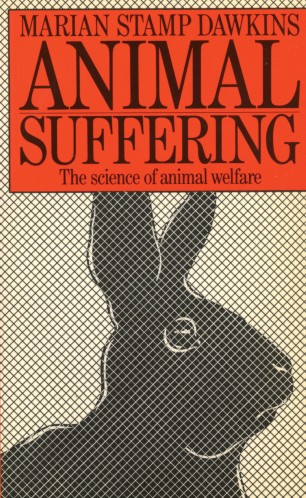 The Science of Animal Welfare

I wrote this book because I believe that the welfare of animals is a very important subject but one about which there is a of confusion and muddled thinking. I wanted to great deal write a book which straightened out some of the confusion by looking in detail at one particular problem: how to recognize animal suffering. The book is written for anyone interested in animals and the controversies over how human beings should treat them. I have tried to convince people who might otherwise feel that science had only a rather sinister connection with animal welfare that the scientific study of animal suffering has, in fact, a major and positive contribution to make. It can give us an insight into what animals experience and this, in tum, may help us to alleviate their suffering. At the same time, I have tried to write a book that will be of at least some use to scientists. The chapters which follow pro­ vide an outline of the biological approach to animal welfare. I have also attempted to show sceptics that it is possible to study animal suffering without sacrificing standards of scien­ tific procedure. Perhaps some may even come to share my belief that the study of the subjective experiences of animals is one of the most fascinating areas in the whole of biology, as well as being of great practical and ethical importance.