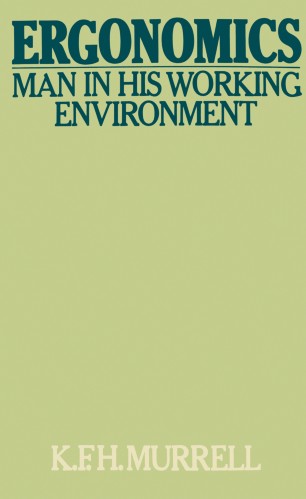 Man in His Working Environment

Until quite recently conditions in industry were often rough. Long hours were worked in insanitary and murky workshops, often with little regard to the effects upon the workpeople who were considered to be expendable. Now, however, these adverse conditions have been recognized and so remedied that there remains little in industrial conditions to disturb the public conscience. This does not mean that conditions of work in office or factory are perfect. The obvious and dramatic abuses of the human frame may have gone, but in their place have arisen stresses and strains which, taking effect only in the long term, are generally undramatic and often unrecognized. They exist none the less. No organized effort to study the effect of working conditions on man's performance was made until the end of World War I, when the Industrial Fatigue Research Board was set up. For the first time, men trained in the human sciences entered industry to study men at work. They made con­ tributions which set a new standard of scientific investigation into human performance and allowed executive action on the basis of evidence rather than of hunch. The Board's work differed from the contribution of Gilbreth in America in that the principles of Motion Study which he developed were, to a large extent, based on intelligent observation rather than controlled experiment. During the 1920S the National Institute of Industrial Psychology was founded and there was close collaboration between it and the I.F.R.B.