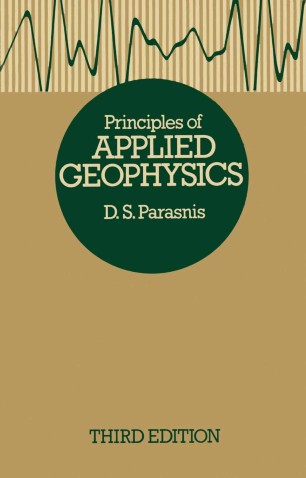 The welcome accorded to the first two editions of this book has been most encouraging. The object of the third edition continues to be to give a brief but "fairly comprehensive survey of the methods of applied geophysics including some of the modern interpretation techniques. The general approach and plan of the previous editions are preserved, but in bringing the book up to date some changes have been made to which I would like to draw the reader's special attention. SI units are strictly adhered to except in six illustrative figures reproduced from older literature and left intact to save some extensive redraughting. Following the recommendation of the International Union of Geodesy and Geophysics, the magnetic field measured in geophysical work is labelled here as flux density (tesla). Consequently, the symbols H, Z and T commonly used in geomagnetic work should stand for flux density. In the Max­ wellian theory of electromagnetism the symbol H stands, by convention, for a magnetizing force (A m -1) and a discerning reader will at once sense a source of confusion. This source of confusion is avoided in the present edition by B , B and B instead of H, Z and T. The employing the symbols b z t latter ~et is employed for the corresponding magnetizing forces of the earth's field. I hope this notation will gain general acceptance because it so easily dispenses with an ambiguity that otherwise tends to lead to unnecessary confusion of units and dimensions in geomagnetism.