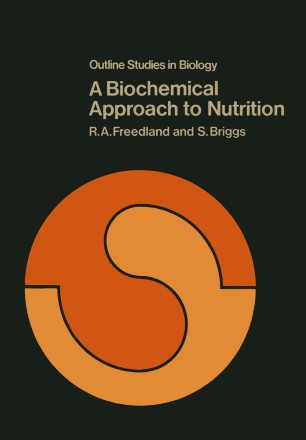 A Biochemical Approach to Nutrition

Though the major emphasis of this book will be references to several basic texts are given at the to provide the nutritionist with a biochemical end of the introduction. approach to his experimental and practical To facilitate easy reference, the book has problems, it is hoped that the book will also be been divided into chapters according to the of use to the biochemist and physiologist to roles of the basic nutrients in metabolism. demonstrate how dietary nutrition manipula­ Within chapters, discussion will include such tion can be used as a powerful tool in solving topics as the effects of nutrients on metabolism, problems in both physiology and biochemistry. the fate of nutrien ts, the roles of various tissues There will be no attempt to write an all-encom­ and interaction of tissues in utilizing nutrients, passing treatise on the relationship between and the biochernical mechanisms involved. biochemistry and nutrition; rather, it is hoped Toward the end of the book, several example that the suggestions and partial answers offered problems will be presented, which we hope will here will provide the reader with a basis for provide the reader with the opportunity to approaching problems and designing experi­ form testable hypotheses and design experi­ ments.