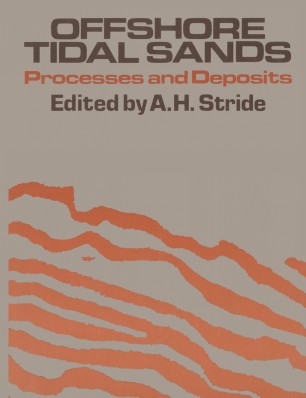 In the early 1970s a start was made on a broad review of what was known or could be surmised about sedimentation by strong tidal currents on modern continental shelves. This task was initiated because of the need to define the next phase of research in this field by the Marine Geology Group of the Institute of Oceano­ graphic Sciences. Related indications of the longer term evolution of the deposits were sought by close reference to the nature of modern tidal currents and the supposedly offshore tidal deposits of ancient seas. As the review grew in completeness it became of increasing relevance to a wider audience so it was amalgamated with the new results and shaped as a book. The fruits of the long-continued discussions within and outside the Geology Group have served to improve understanding of the processes and products of offshore tidal current sedimentation. On the other hand, the discussions have blurred the parts played by the people concerned. This applies to all chapters in varying degrees, but is especially true for Chapters 3, 4 and 5. The authorship attributed to each chapter therefore seeks to reflect those who were most con­ cerned with it.