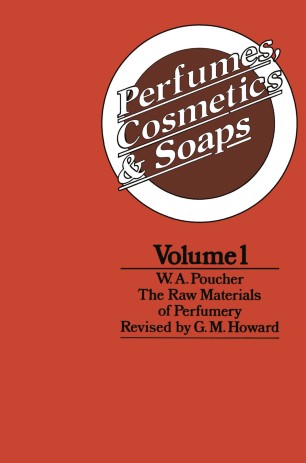 Volume I The Raw Materials of Perfumery

It is now fifteen years since the last edition of this reference volume appeared and during this time new materials have appeared and some have fallen into disuse. The present edition is the result of much revision and some deletion and an effort has been made to bring the information up-to-date and in conformity with current practice. Of recent years several speciality materials have appeared, and a number of these are included where their chemical composition is known. Speciality materials of vague composition are not included. For many of the compounds listed several alternative names are in use, some of which from the chemist's point of view are either inadequate, ambiguous, or occasionally actually misleading. In this edition the compounds have been listed under names which are considered to be chemically satisfactory and which, at the same time, should be reasonably familiar to perfumers; they do not necessarily contain full information as to the structure of the com­ pound and they make free use of widely accepted trivial names. In most of the entries this is followed by a systematic name which defines the chemical structure, while synonyms which are in use, though sometimes chemically unsatisfactory, are given in brackets, with a cross-reference to the main entry. Prefixes denoting structural features, such as n-, iso-, cis-, trans-, 0-, m-, p-, and so on are disregarded in the alphabetical listing.