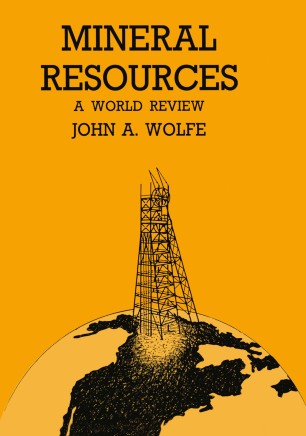 This volume discusses the mineral resources upon which modern civiliza­ tion is built. Take away these minerals and humanity will rapidly return to the stone age, with its greatest concern the depletion of flint (also a mineral). It would, of course, result in about a 99% reduction in population. In other words, approximately 99% of the worlds' population is dependent on minerals for its existence. That is a pretty strong statement, but how many have even seen a travois? Without minerals, pack animals, rafts, rowboats, sail boats, sledges, and the backs of man would be the only forms of transport. Sufficient food could not be transported, nor could it be grown on our tired soils without tractors and fertilizer. Even in the more fertile tropics where nearly half of the population is now suffering from malnutrition, crops are dependent on "miracle" grains that require mechanization and mineral fertilizers. Modern buildings cannot operate without electricity and, without mineral fuels, few people in the northern latitudes would survive the first winter.