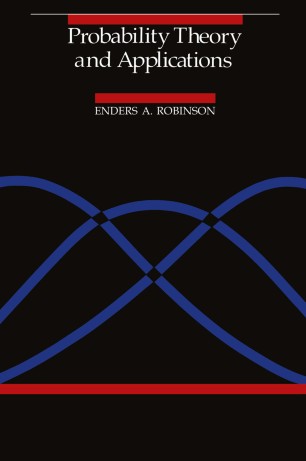 Probability theory and its applications represent a discipline of fun­ damental importance to nearly all people working in the high-tech­ nology world that surrounds us. There is increasing awareness that we should ask not "Is it so?" but rather "What is the probability that it is so?" As a result, most colleges and universities require a course in mathematical probability to be given as part of the undergraduate training of all scientists, engineers, and mathematicians. This book is a text for a first course in the mathematical theory of probability for undergraduate students who have the prerequisite of at least two, and better three, semesters of calculus. In particular, the student must have a good working knowledge of power series expan­ sions and integration. Moreover, it would be helpful if the student has had some previous exposure to elementary probability theory, either in an elementary statistics course or a finite mathematics course in high school or college. If these prerequisites are met, then a good part of the material in this book can be covered in a semester (IS-week) course that meets three hours a week.