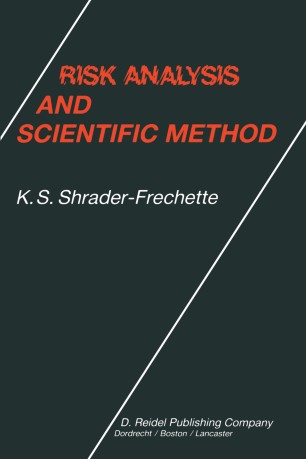 Much of the work in this volume was supported by the National Science Foundation under Grant SES82-05112 from the Program in History and Philosophy of Science and the Division of Policy Research and Analysis. (Any opinions, findings, conclusions, or recommendations expressed in this publication are those of the author and do not necessarily reflect the views of the National Science Foundation. ) Several of these essays were written because of the impetus afforded by speaking invitations. An earlier version of Chapter 3 was presented in Berkeley in January 1983 at a Principal Investi­ gators' Conference sponsored by the National Science Foundation, Division of Policy Research and Analysis, Technology Assessment and Risk Assessment Group. In May 1982, an earlier version of Chapter 5 was presented at the meeting of the Society for Philos­ ophy and Technology, held in conjunction with the American Philosophical Association meeting, Western Division, in Columbus, Ohio. Finally, earlier versions of Chapter 6 were presented in Boston in December 1981 at the Boston Colloquium for the Philosophy of Science, as well as at the University of Delaware in January 1982 and at the Biennial Meeting of the Philosophy of Science Association held in Philadelphia in October 1982. An earlier version of this same chapter was published in Philosophy of Science Association 82, volume 1, ed. T. Nickles, Philosophy of Science Association, East Lansing, Michigan, 1982. A number of people have helped to make this book better than it might have been.