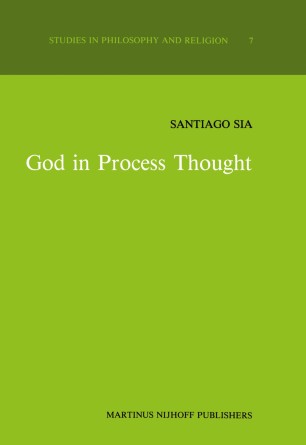 A Study in Charles Hartshorne’s Concept of God

Part of the Studies in Philosophy and Religion book series (STPAR, volume 7)

One of the controversial issQes which have recently come into prominence among philosophers and theologians is how one should understand the term l God. It seems that, despite the fact that a certain idea of God is assumed by not most, people, there is a degree of disagreement over the meaning many, if of the term. "God" is generally taken to refer to a supreme Being, the Creator, who is perfect and self-existent, holy, personal and loving. This understanding of "God" corresponds to what many have either been brought up to believe in or have come to accept as the meaning of this word. Neverthe­ less, theists appear to be defending a particular idea of God and to be accusing atheists of attacking another, one which does not tie in with the theistic interpretation. Cardinal Maximos IV, for instance, is quoted as saying, "The God the atheists don't believe in is a God I don't believe in either. "2 On the other hand, atheists have been challenging believers to explain clearly what they mean by "God" because these critics cannot see how that idea can have any acceptable meaning. Furthermore, theists them­ selves seem to be divided over the issue. H. P. Owen in his book Concepts of Deity shows quite convincingly that there is "a bewildering variety of concepts of God" among theists. ' One has only to ask around for confirma­ tion of this observation.